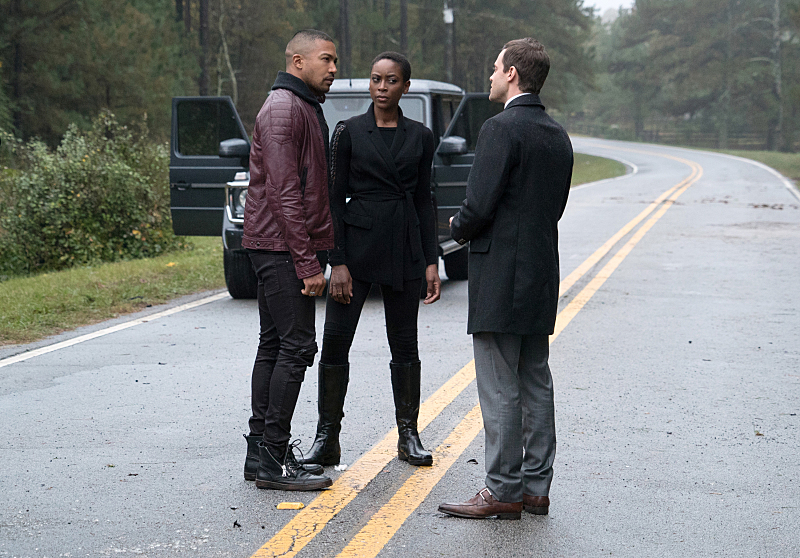 A SHOWDOWN WITH THE STRIX — In the aftermath of a horrific plan that left Cami (Leah Pipes) dead, Klaus (Joseph Morgan) declares war on Aurora (guest star Rebecca Breeds) and Tristan (guest star Oliver Auckland). Elsewhere, Vincent (Yusuf Gatewood), who has resumed his role as Regent to the New Orleans witches, is forced to use his magic against his will, while Hayley (Phoebe Tonkin) and Jackson (guest star Nathan Parsons) find themselves pawns in Tristan’s twisted game. Finally, after learning that Tristan is in possession of a powerful weapon that could take their family down once and for all, Klaus, Elijah (Daniel Gillies) and Freya (Riley Voekel) enact a risky plan that leads to a tense showdown with The Strix. Charles Michael Davis also stars. Michael Grossman directed the episode written by Declan de Barra (#310). Original airdate 1/29/2016.

FoF to host the Grapevine, Houston and Austin Premiere of Free Guy