Skip to content
You are here
Home > Author: Charles Briede

CW has earned a great reputation for developing some of DC's finest superheroes for TV.  On Tuesday, January 16th they introduce fans to Black Lightning.  Cress Williams brilliantly bring Black Lightning/Jefferson Pierce to life.  Unlike other CW shows, this isn't an origin story even though things are brought to light

AMC released today photos from the upcoming third season of its martial arts series, Into the Badlands, which is currently filming in Dublin, Ireland and will return this Spring. The images feature returning cast members Daniel Wu (Tomb Raider) as Sunny, Ally Ioannides (Parenthood) as Tilda and 2017 British Independent Film

Network Renews Its No. 1 Comedy With Season Premiere Up 50 Percent Year-Over-Year LOS ANGELES – November 8, 2017 – On the heels of Sunday’s eighth season premiere, which delivered 50 percent year-over-year growth, SHOWTIME has given a ninth season order to SHAMELESS. The announcement was made today by David Nevins,

The teleporting canine will embark on a whirlwind adventure in his new series! New York, NY—November 8, 2017— He’s been a breakout star since he could bark, a faithful sidekick to his Inhuman masters, and has helped protect an empire. Now, he’s got his own mission to take on

Want to go to the Justice League premiere in Dallas, Houston and Austin?  Did we mention you can bring a guest too? Premiere passes are through WB Tickets. If you are new to WB Tickets, you will need to register first then you can use the following link:   How to get your Dallas 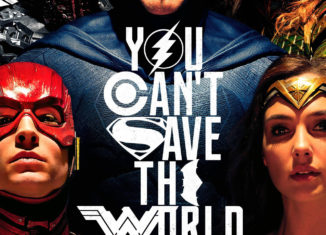 It's our favorite time of year.  The FoF debuted in 2007 and to celebrate we are giving you the gifts.  These are all courtesy of our amazing friends and we will be adding to this list.  Be sure to keep checking.  As always no purchase necessary to enter or win.

Your friends at the FoF are happy to share the news that we will be hosting the Dallas Thor: Ragnarok. Now you will be able to see Thor: Ragnarok before it opens in theaters. 2686

Welcome to WordPress. This is your first post. Edit or delete it, then start writing!

Want to go to the Geostorm premiere in Dallas or Oklahoma City?  Did we mention you can bring a guest too?        Premiere passes are through WB Tickets. If you are new to WB Tickets, you will need to register first then you can use the following link:

FoF to host the Dallas, Houston, Austin premiere of Fantastic Beasts The Secrets of Dumbledorf

FoF to host the Dallas & Houston Premiere of King Richard